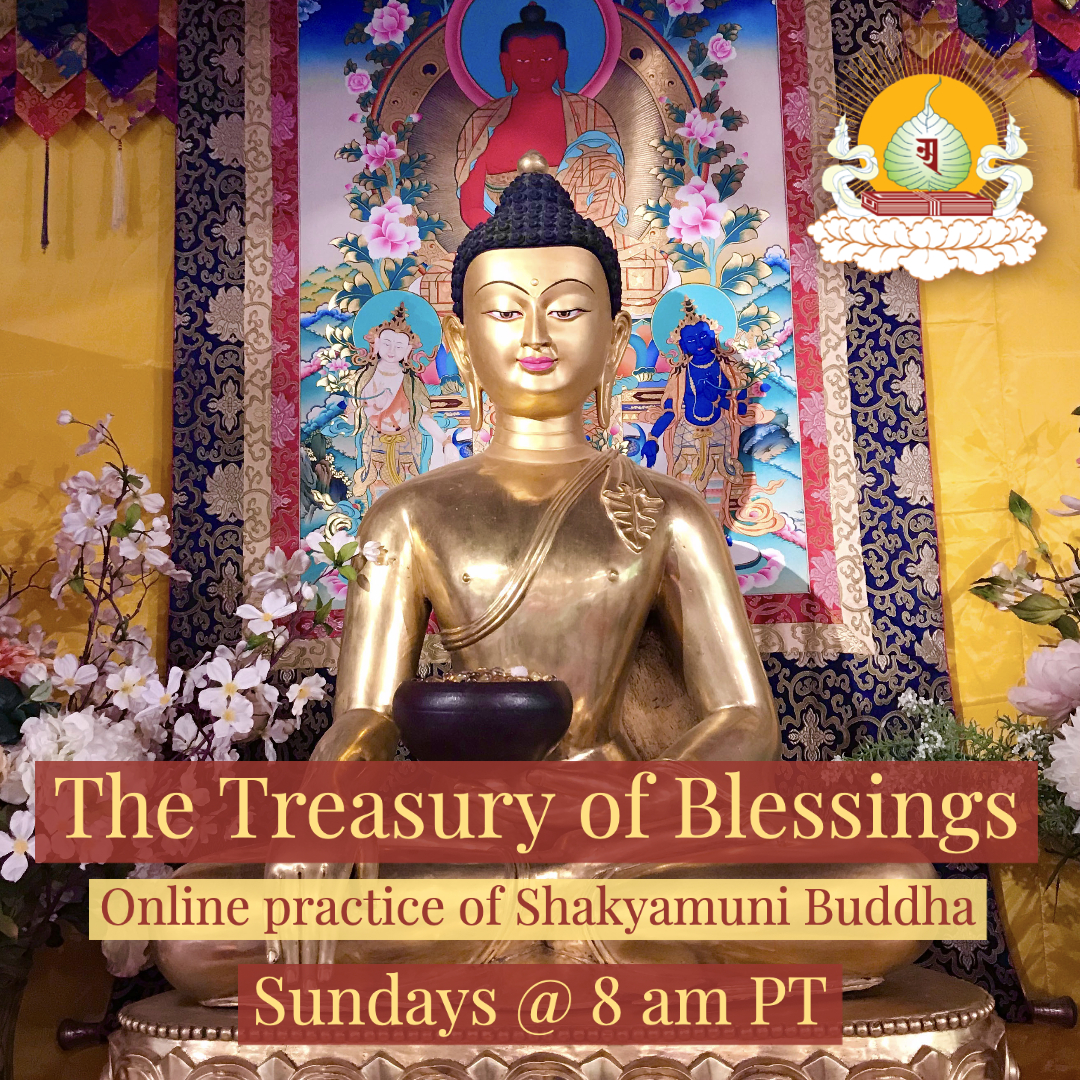 Register now
Join our online practice of the Shakyamuni Buddha sadhana from home! Since the spring, Gomde California has been streaming our Treasury of Blessings practice sessions on Sunday mornings. We are now offering it on Zoom—a perfect opportunity for our community to come together and reconnect with this essential practice, led by Lama Kunzang Drolma. 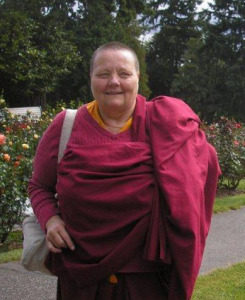 Lama Kunzang Drolma
Lama Kunzang received her monastic vows from Tai Situ Rinpoche in 1998, and in 2009 completed a traditional three-year retreat in the Shangpa Kagyü tradition under the guidance of Lama Lodru Rinpoche.  She has received teachings from a number of eminent Lamas, including Tai Situ Rinpoche, Khenpo Tsultrim Gyamtso Rinpoche, Chökyi Nyima Rinpoche, Mingyur Rinpoche, and Khenchen Thrangu Rinpoche.  In addition to regularly teaching in the Eureka/Arcata area, Lama Kunzang works as a speech language pathologist at the Hupa Tribal Reservation on the Trinity River in Northern California.
Learn more about Lama Kunzang Drolma